Cantando Choir presents a concert version of Gilbert and Sullivan’s The Mikado.

Musical Director, Kolitha Jayatunge, has assembled a cast of notable Waikato singers to feature in Cantando’s presentation of one the most famous of Gilbert and Sullivan’s works. The role of Yum-Yum is sung by Breony Bearman, Ian Campbell is Ko-Ko, Lemauseafa Sio Lolesio sings Katisha and Stef Gibson-Muir is Pitti-Sing, while the role of Nanki-Poo is sung by Kolitha himself. These principal roles are supported by soloists drawn from the Choir: Alastair Barnett as Pooh-Bah, Peter Schaare as Pish-Tush and Kirstie Barr as PeepBo, while The Mikado is sung by Sean Brady.

In her role as Narrator, choir member Jane Barnett guides the audience through the operetta’s complicated plot of young love, unwanted betrothal, impersonation and threats of execution or live burial, all leading ultimately to a happy ending for everyone. Piano accompaniment for the soloists and chorus is in the capable hands of Francis Cowan. Although set in Japan, The Mikado can be seen as a gentle parody of English village life and society at the time. It was written and first staged during the 1880s when Oriental life and customs held a certain fascination for some sections of English society. The operetta played to appreciative audiences and has remained popular ever since. Cantando invites you to join us and our talented soloists as we transport you to the Town of Titipu through the clever lyrics of W. S. Gilbert and the catchy melodies of Arthur Sullivan. 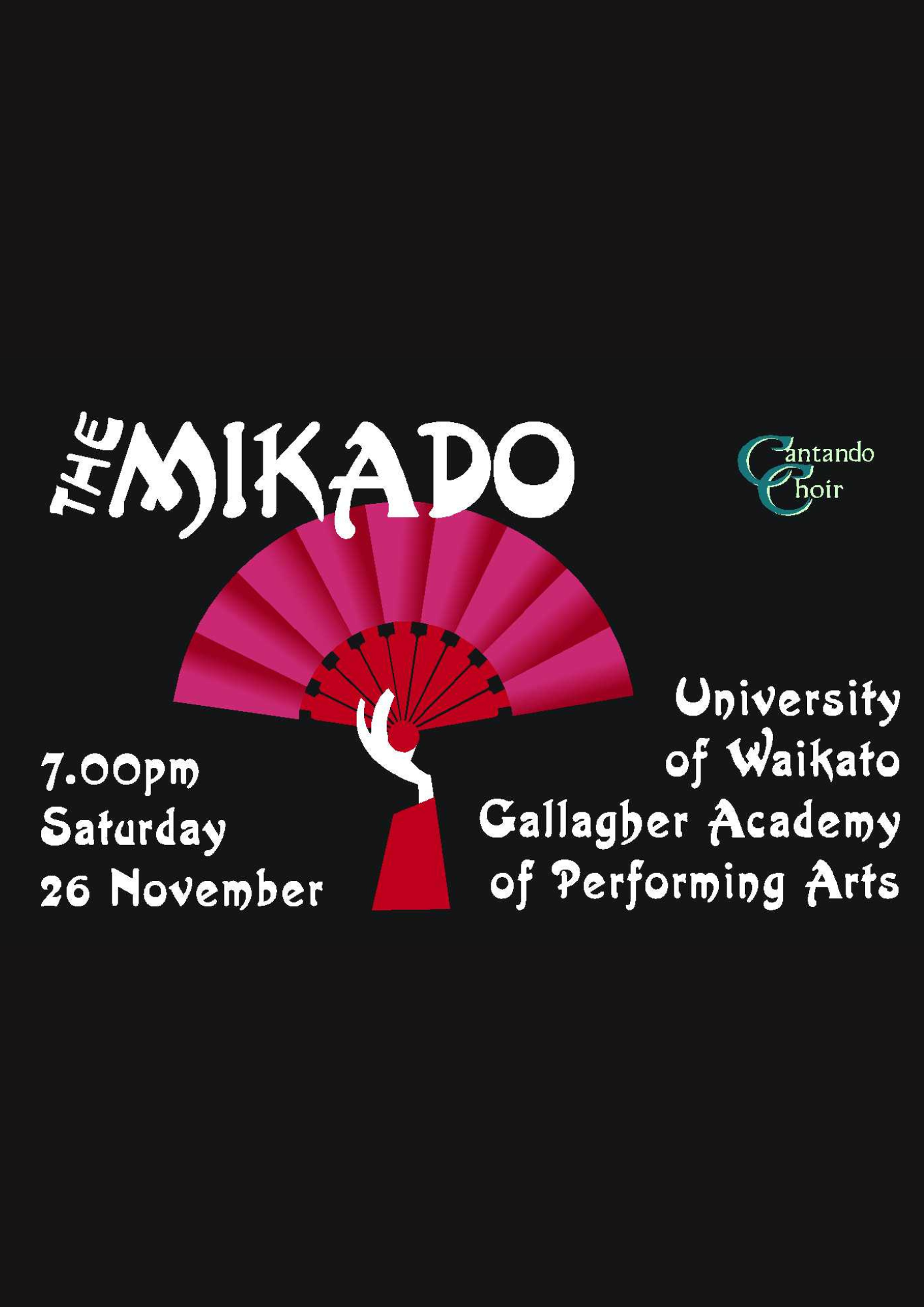