Katherine Austin and Maria Mo, two very accomplished pianists, will perform a special concert of duets on the Grand Piano

Thames Music group  welcome Katherine Austin and Maria Mo – bothwill be playing in our special Sunday concert in Thames.  They will play duets from well known composers that will delight enthusiasts and students of classical piano.

Katherine graduated Master of Music with First Class Honours in Piano Performance from Auckland University, where her teachers were Janetta McStay and Bryan Sayer. In 1982 she won both the NZ Young Performer of the Year (PACANZ) and the TVNZ/NZSO New Zealand Young Musician of the Year, playing Schumann’s Piano Concerto with the NZSO. Seven years of study and performance in London and Europe followed, included a full scholarship to the Royal College of Music London to study with renowned Russian pianist and teacher Irina Zaritskaya, as well as postgraduate studies at the Guildhall School of Music and Drama. In 1987, Austin won the Top Duo Prize in the Stresa International Chamber Music Competition in Italy, performing with cellist Vincenzo Giuliani.

Katherine has performed Romantic piano concerto repertoire with the New Zealand Symphony Orchestra and the Auckland Philharmonic Orchestra and performs as concerto soloist with the Auckland Chamber Orchestra and the Opus Orchestra, specialising in the concertos of Mozart and Beethoven. She is also the coordinator behind the Gallagher Academy of Performing Arts’ successful ongoing concert series and the producer for the numerous University of Waikato Conservatorium of Music concerts in the central North Island, New Zealand.

Maria has played in many places in the world also:

Maria Mo has performed in New Zealand, Australia, the United Kingdom, and across Europe as both solo recitalist and chamber musician. She was associate artist at the 2014 Australian Cello Awards (Sydney, Australia) and guest artist at the 2010 Semaine Internationale de Piano festival (Blonay, Switzerland), as well as the Gesellschaft für Musiktheater in Vienna. She has toured as concerto soloist with Opus Chamber Orchestra, the Trust Waikato Symphony Orchestra, and the Auckland Youth Orchestra. In 2009, she was the winner of the Royal Over-Seas League Arts/Pettman International Scholarship for a New Zealand Chamber Ensemble as pianist for the Leonari trio, which led to an 8-week concert tour and study trip of the United Kingdom in 2010, playing prestigious venues and festivals such as St. Martin-in-thefields and Edinburgh Fringe Festival. The trio also toured with Chamber Music Zealand in 2012 to critical acclaim. In December 2018, Maria had the honour of being selected to perform for the South Korean President Moon Jae-In on his inaugural trip to New Zealand. Maria studied with Katherine Austin as a Sir Edmund Hillary Music Scholar at the University of Waikato where she received the Hillary Medal and the Lili Kraus Piano Award, and graduated with a Master of Music with First Class Honours in 2009. In 2013 she graduated with Excellence under Professor Doris Adam at the Vienna Conservatory, and received further training from Professor Christopher Hinterhuber at the University for Music and Performing Arts Vienna. She returned to her alma mater at the University of Waikato to commence a Doctor of Musical Arts degree with Katherine Austin in 2018. 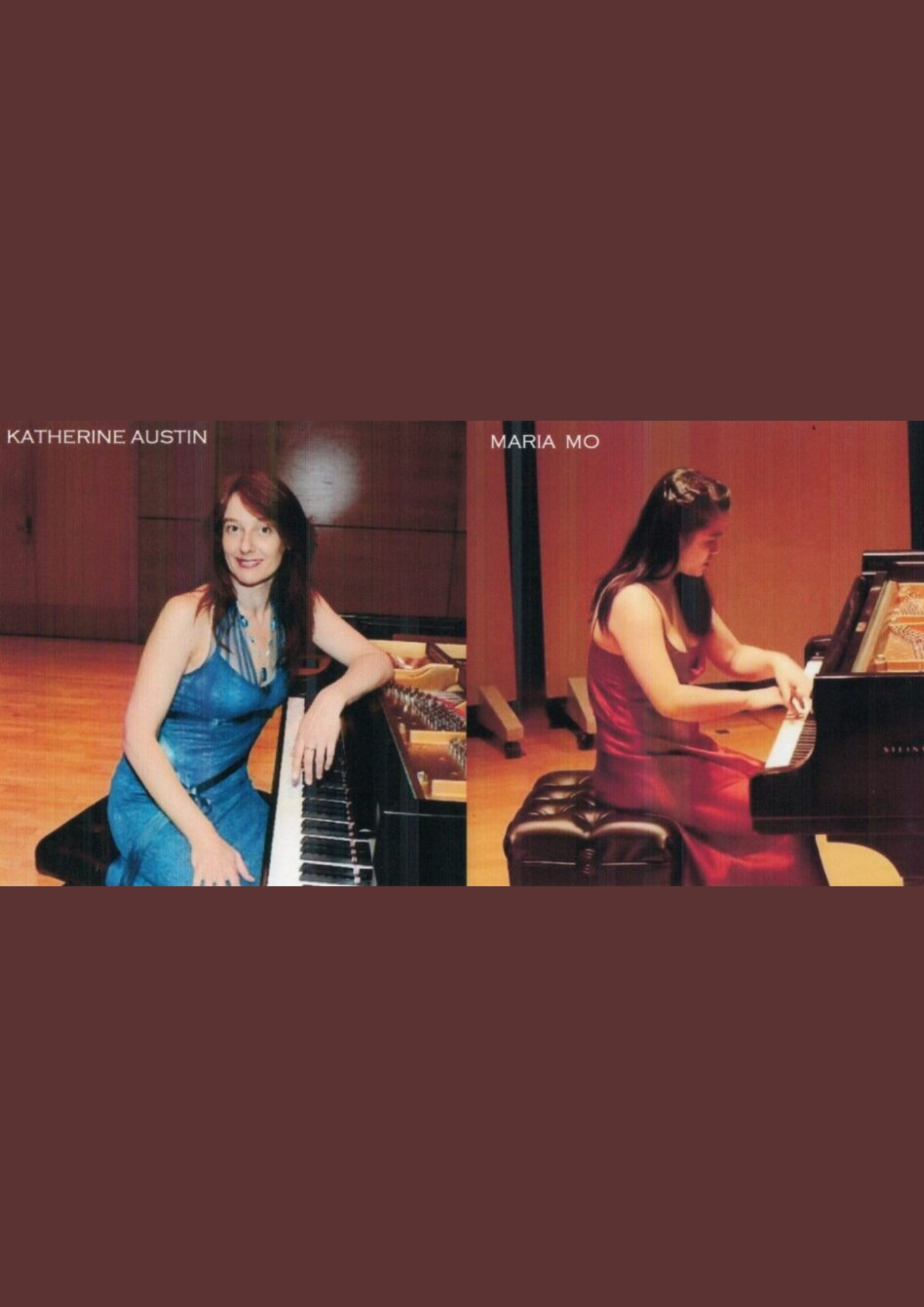