Tunes, songs and stories from Ireland, Scotland and Maritime Canada Grounded in the Celtic musical traditions

Tunes, songs and stories from Ireland, Scotland and Maritime Canada
Grounded in the Celtic musical traditions, Rennie takes the listener on a journey through history, weaving together tunes and songs and the tales that accompany them to create an intricate and varied show. His engaging stage presence and storytelling opens the door for audiences to connect with the music, which he plays on the wooden flute,guitar, Irish tin whistles, bodhran, fiddle and voice.
Rennie grew up in Wellington with Celtic music in his blood. Having heard the traditional music of Ireland and Scotland on his parents CDs as a baby, he grew up knowing he just had to learn to play like this. He picked up the flute at age 8, learning by ear in Irish sessions under the guidance of Galway born flute player Pat Higgins. With Irish music as the cornerstone of his knowledge, he then went on to delve deep into the traditional music of Scotland and maritime Canada, gaining proficiency in a wide range of different instruments along the way.
Rennie has made a name for himself in the traditional music scene of Australia and New Zealand as a stand-out solo performer, as well as touring his own duos, bands, and performing with large international stage productions. He has played and taught all over New Zealand, in Australia and in Canada, including music schools such as Ceol Aneas, ScotsStrings, CelticANZ, Gaeltached, Boxwood and folk festivals in Auckland, Wellington, Dunedin, Christchurch and Port Fairy. He has worked closely with the New Zealand Irish ambassador, Peter Ryan, on numerous occasions including performing his show at the Dunedin Fringe Festival with the Irish embassy’s support and putting together two tours with his five piece Irish band Criu. He has also toured with Irish Dance troupes Celtica and Celtic Illusion in NZ and Australia as their flute and bodhran player, performing in large theaters such as the Melbourne Arts Center, the Wellington Opera House, the Christchurch Isaac Theatre and the Bruce Mason Center in Auckland.
In 2020 he released his first album with Oscar West as their kiwi folk duo Polytropos.
His next album featuring his current solo show is set to be released in early October 2022

Tickets are $20 for general admission 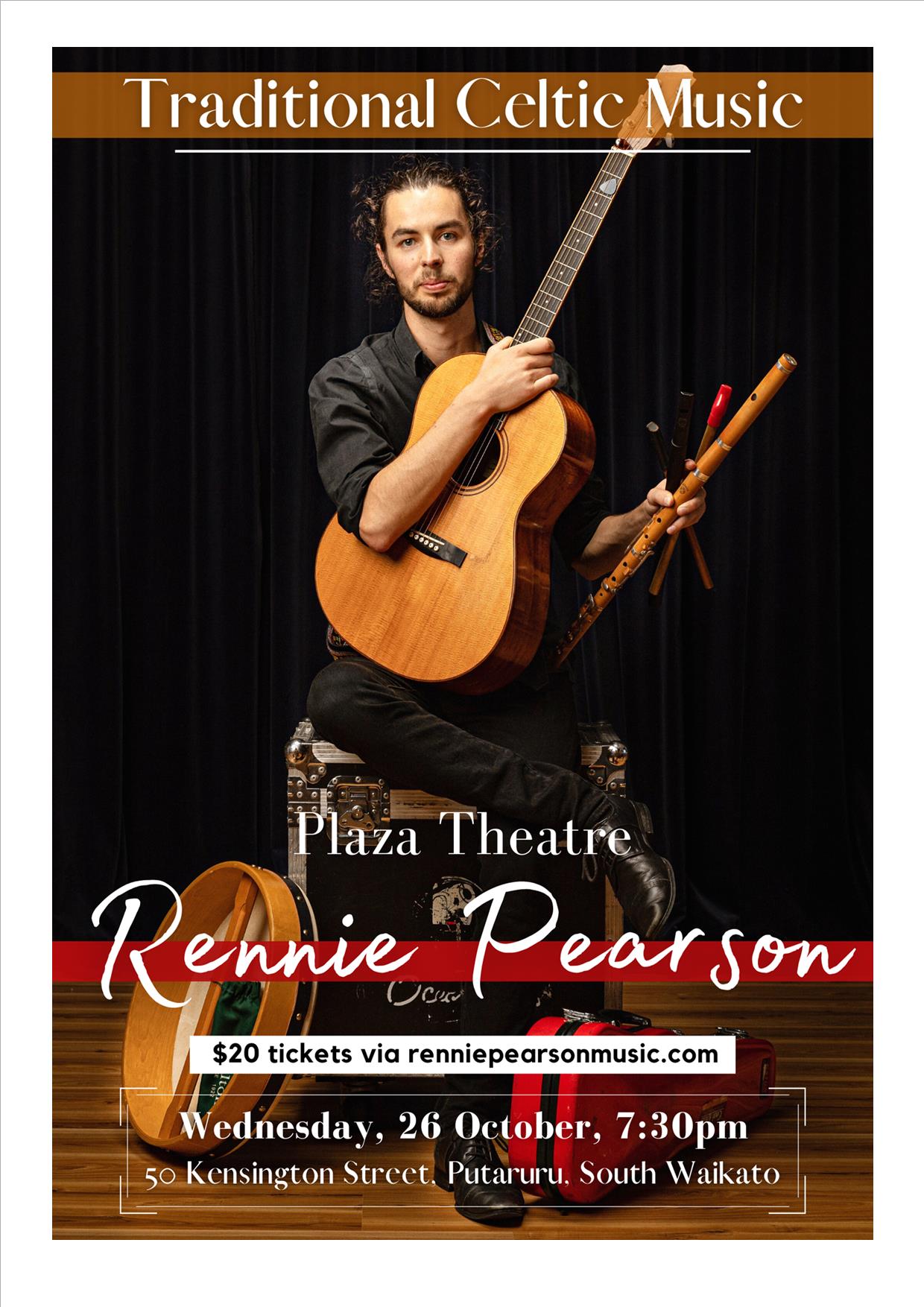