The Putaruru Theatre Players are bringing Agatha Christie’s play Mousetrap to life on the stage here at The Plaza!

Agatha Christie’s The Mousetrap takes place in a newly established bed and breakfast, Monkswell Manor, outside London during a blizzard. There has been a murder nearby and the murderer is still free to carry out their further plans. As the guests arrive, everyone fits the murderer’s description and has a secret. 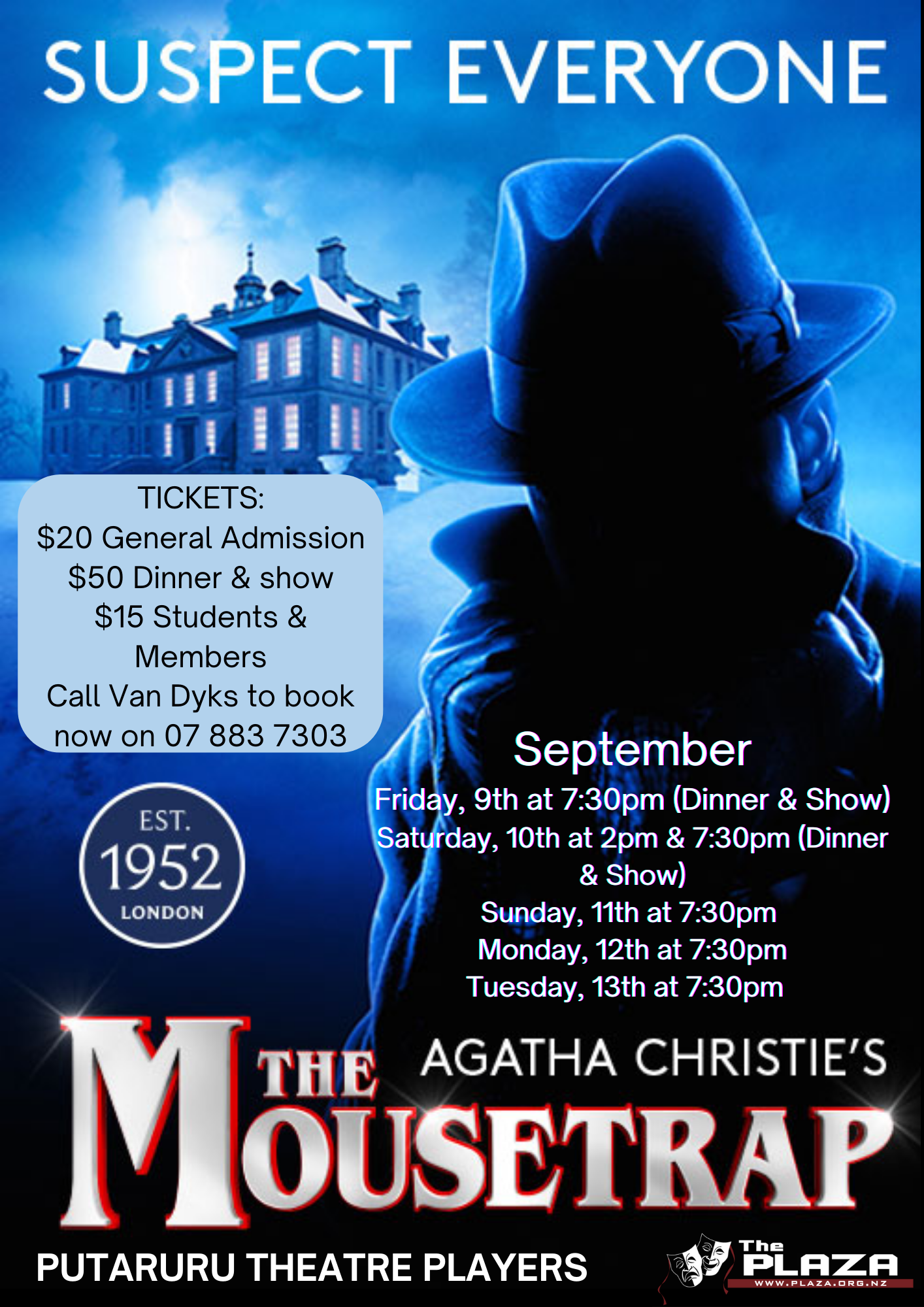